Exclusive: LSB to have new chair after Pitt decides against applying for reappointment 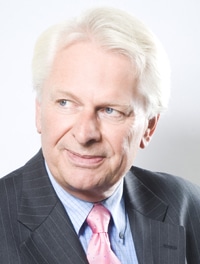 The Legal Services Board (LSB) is to have a new chair in the coming months, after incumbent Sir Michael Pitt took himself out of the running for a second three-year term, Legal Futures can reveal.

When Sir Michael’s predecessor, David Edmonds, was appointed for a second term, it was done without the position being advertised, but the Ministry of Justice (MoJ) has this time decided to hold an open competition.

Sir Michael’s term comes to an end on 31 April 2017, and the LSB has confirmed to us that he has decided not to apply for reappointment.

The process will be conducted under the new Cabinet Office governance code on public appointments and the main board of the LSB was told recently that an appointment will not be made until late June/early July.

As a result, the MoJ appears to have breached the code. This says that departments should build sufficient time into their planning for ministers to decide against making a reappointment or extension and holding a process to appoint a successor.

It adds: “There is no automatic presumption of reappointment; each case should be considered on its own merits, taking in to account a number of factors including, but not restricted to, the diversity of the current board and its balance of skills and experience.”

No reappointment or extension can be made without a satisfactory performance appraisal.

The MoJ did not say why it has decided on an open competition rather than reappointment. A spokesman said: “The process of appointing a new chair to the Legal Services Board is underway. The post will be advertised this month and the government encourages applications from those keen to ensure greater diversity in the legal profession.”

Sir Michael receives a non-pensionable remuneration of £63,000 per annum for a commitment of at least 70 days a year.

He has cut a far less controversial figure in his tenure than Mr Edmonds, but effectively came to the same conclusion as his predecessor that radical reform of legal regulation was needed, with publication last year of the LSB’s “vision for legislative reform of the regulatory framework”.

Want to join the discussion?
Feel free to contribute!